There are people who enjoy doing the ordinary; they make sure that things stay as they are, providing balance and security. Then there are people like Mika Gröhn. For instance, it’s not past an ordinary manager to gather a little extra credentials made by his team (you know who you are), but in the first minute of conversation, he totally downplays his managerial role. “I like to do things a little differently”, he says, being more comfortable of providing the necessary means for the teams to tackle the tasks independently. He hates micromanaging. He doesn’t want to meddle. Then again, he’s not squeamish when it comes to taking bold steps – quite the opposite.

“Doing something routine is extremely unmotivating”, he says, and you can’t help but believe him. The ŌURA Ring is a perfect example. He facilitated the original brainstorming session and later on took the lead in the project, which was unique in every way. Since the ring was specified to include a bunch of technology inside it, it should be hollow – but there was no mass manufacturing technology for hollow ceramics. So, from Gröhn’s experience in vehicle parts manufacturing technologies, he suggested they look into a technique where the supporting structure is molded on a material which then is burned away. They had just solved a problem of how to produce hollow ceramics in mass scale for the first time with a solution that was never implemented in ceramics before. When Gröhn says he likes to do things differently, he means it. 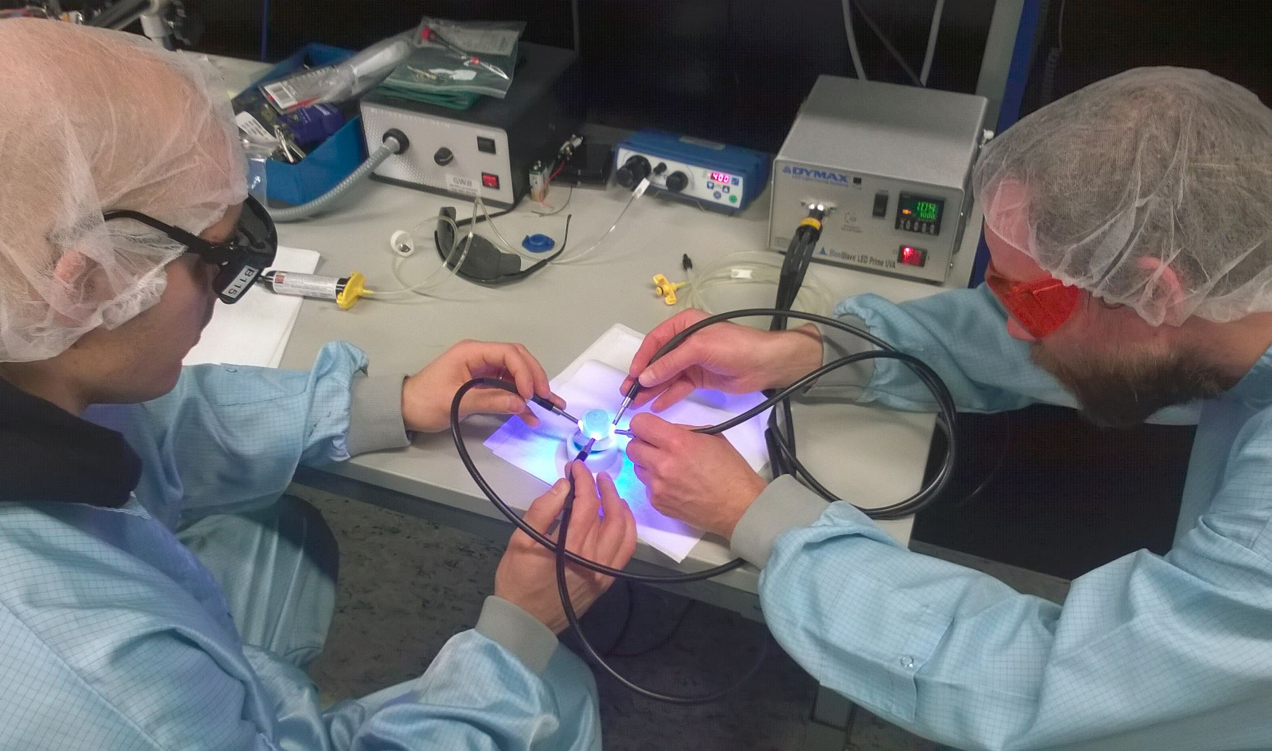 Gröhn is an amazing combination of precision, networking and flying by the seat of his pants. One minute he explains minute mechanical or material details in a chemical process, the next he gives the vaguest explanation in how he detects suitable team members. “If you know the persons, it’s easy, and even if you don’t know them, you’ll have a hunch pretty soon. It’s not like I have an Excel sheet that lists people.” But whatever the methods are, he gets results.

Leaving his obvious competence aside for a moment, it seems there are two main reasons for this. One is the neverending interest in solving problems (maybe so much he chooses to have them, as the ŌURA Ring material choice seems to suggest). For this, he has an astounding amount of networks, which he uses without hesitation in order to get to the result he wants. And this leads directly to the second reason: he disdains solo artists. “With only one designer, the vision can reach only so far.” The team is everything, from peer conversations in the coffee table to bouncing off ideas from each other. 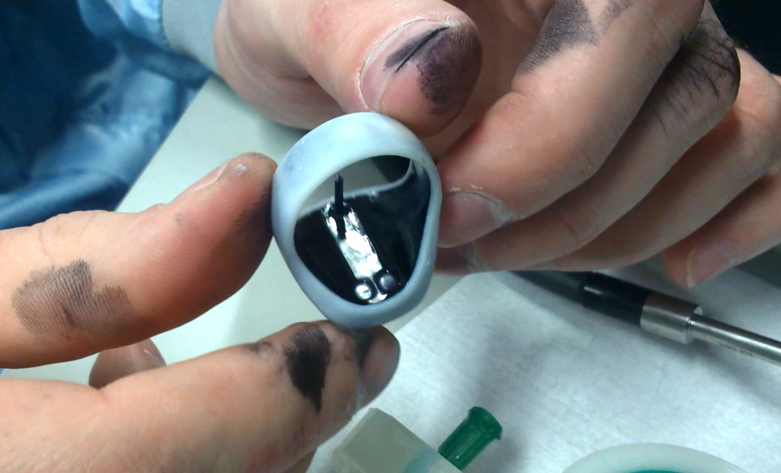 Lastly, his forté is not being tied to his own field, but knowing processes from other industries and using them. “It might come from being from the North, having to fix the car yourself because we’re so damn poor here”, he laughs. Tinkering with stuff seems to come naturally to him, as to so many people in engineering. “You just have to dismantle that alarm clock before you’re old enough to go to school, and then later on fix your moped yourself. You just have to have that in you to be a successful engineer”, he says.

But it’s obvious that his passion is finding something new. Of course, the laws of economy apply: you don’t have to innovate your way out of the box if the client doesn’t require you to, but it’s also obvious that if there’s not a problem to solve, it’s not going to be his favourite project. The kid dismantling the alarm clock still shows sometimes, as when Gröhn tells a story when they were in a client manufacturing plant in Asia. “I asked if I could join the manufacturing line and then spent a few hours assembling the products. In a strict Asian professional hierarchy, a manager just doesn’t do that. Well, after that, discussing the process, no one questioned our expertise or contradicted us.”

He describes the biggest strength in Haltian exactly that: working as a team and holding your teammates in high enough esteem to go and ask their advice in order to make the client happy. “It may not be such a big thing to company growth, but in order to maintain my own mental wellbeing, it’s necessary to improve what I do every time.”

At Haltian Mika works as a Mechanics Architect as well as a project team leader.